My friend Jan posted this on her blog:
With the public’s trust in his handling of health care tanking (50%-44% of Americans disapprove), the White House has launched a new phase of its strategy designed to pass Obamacare: all Obama, all the time. As part of that effort, Obama hosted a conference call with leftist bloggers urging them to pressure Congress to pass his health plan as soon as possible.
-
During the call, a blogger from Maine said he kept running into an Investors Business Daily article that claimed Section 102 of the House health legislation would outlaw private insurance. He asked: “Is this true? Will people be able to keep their insurance and will insurers be able to write new policies even though H.R. 3200 is passed?” President Obama replied: “You know, I have to say that I am not familiar with the provision you are talking about.” (quote begins at 17:10)
-
This is a truly disturbing admission by the President, especially considering that later in the call, Obama promises yet again: “If you have health insurance, and you like it, and you have a doctor that you like, then you can keep it. Period.” How can Obama keep making this promise if he is not familiar with the health legislation that is being written in Congress? Details matter.
Then, my friend Cassy posted this on her blog:
If I hear one more liberal say that health insurance companies are corrupt, I am going to throw a fit! Maybe Spencer can join me because he is really good at those.

I work for The Regence Group which is the BlueShield and BlueCross brand in WA, OR, ID and UT. Regence is by far the most ethical, caring, outstanding company I have ever worked for (and I’ve had a lot of jobs over the years). In 2008 Regence had a profit of 0.5%, so they’re not exactly living large off their member’s premiums.

In a memo about the current health care reform debate going on in Washington, the CEO of Regence said, “Much of the current debate focuses on expanding access, government control and entitlement – all at tremendous cost and certain to result in growth of deficit spending – without serious, thoughtful provisions for changing the culture in health care finance and delivery, which causes waste and drives up costs. We can and must do better as a nation.”

Regence recently launched a web site to educate consumers on the real cost of health care; whatstherealcost.org. This site is full of facts that are helping me understand better what is wrong with our system and that the proposals currently being discussed in Washington are only going to make the problem worse.
We have to speak up and stop this "sweeping legislation" from passing.  Contact your senators and Congressman.  Come on folks, let's let our voices be heard.
Posted by Janice at 10:14 AM

The thing is though.. it doesn't matter if we are "allowed" or not allowed to keep private insurance under Obama's plan. If universal health care passes and there is a government (tax payer) subsidized alternative to private insurance.. Private companies will not be able to compete and they will quickly go under. period.
When people support government run health care.. they need to realize that it really will shortly be the only option.
That, however, is only one of my many objections to this plan.
I hope and pray the American public is going to wake up out of it's celebrity goggling haze, realize this guy is just a human being and that his health care plan stinks.. to put it as kindly as I can.

I don't think insurance companies are the devil, but they certainly aren't easy to work with; and the entire medical system is totally broken. For example, in 2009 I will lose about $10 for each flu shot I give (because insurance companies don't reimburse as much as they vaccines cost). If I were business minded, I would stop offering flu vaccinations, and not lose tens of thousands of dollars and profit by having more patients to see. But of course I'm not going to do that, so we just suck it up.

I'm not saying Obama's plan will work (I have some serious questions about it) but the system needs a major overhaul. I just hope that 10 years from now we end up with something different than we currently have (and it is something that works) and the growing pains aren't too costly.

Alissa: I know there are major problems with the health care situation in America but nothing this important should be forced through. Socialized medicine has NEVER worked and assuming that just because we are America we can make it work is wrong.

More objections...
All discussion of any government program existing or potential must be prefaced with the understanding that government cannot give what it does not first take away. Seldom is the value returned equal to that taken because of the attrition of beauracracy.
While our current system IS too expensive, Obama-care is simply impossible. And, as the English and Canadians have found... even in a highly punitive tax environment, the tax payer simply cannot care for everyone, so they don't. If you are over 65 & need dialysis or other procedures we consider simple, you are indefinitely wait-listed no matter what your tax contribution has been.
Our system is broken, but bigger government is not the answer.

Janice: I totally agree. While I am glad the issue is being tackled, I am afraid we are going to get something that is not really going to work and will require costly revisions.

obama is a disaster.

as for insurance being difficult to work with, anytime they have been reluctant to pay out, my doctor has given them a call and talked sense into them. the system works fine.

as for those supposed 40 million uninsured, they can sign up for it. you don't have to have a job that offers it. before i had my current employer insurance, i signed up for my own, at reasonable cost.

and finally, why is everybody so obsessed with healthcare and sickness? everybody ought to think about more positive things, like going outside and being active. this obsession with sickness is a self fulfilling prophecy. 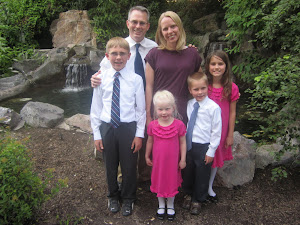